“It’s starting.” We’d been waiting for the wall project to begin for eighteen months, and officially since July 20th. This morning, the excavation crew, the first of two teams of contractors, started speed walking around at 7:30 and the kids and I watched Jacob confirm from Immy’s window we would still be able to use our steps and that they were going to put in a full day. When we got home from our adventure, the neighbor’s concrete steps and our maple tree were gone. Around 3:30 p.m., the wall came down. 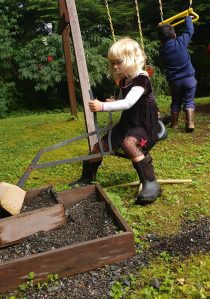 We’ve been talking about the wall a lot; if you know us, sorry about that. Home improvement projects (even scary, financially treacherous ones) are, like dreams, infinitely more interesting to those at the helm. But alas. In case anyone doesn’t know, our retaining wall is/had been failing, and it is going to cost about what we put down as a down payment on our house to replace it. Our house is on the mountain side and said mountain is being dug out and terraced back. We also live in a rain forest, and ever since they dug it out, it has been pouring. 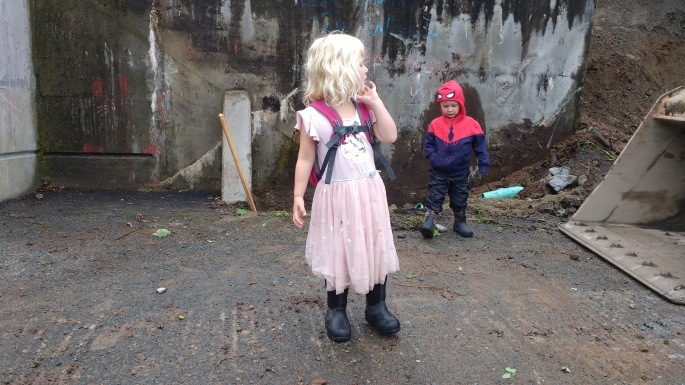 We’re not going to get much sleep tonight. I just asked Jacob where he was at on a scale of one to ten as far as worry that we’ll slip and he said two; if he’d have said five or higher I’d either have us all sleep in our bed or I would sleep on the kids’ floor. Imogen told me today that she sometimes thinks there are ghosts in her room when she is in there by herself and I told her there was nothing to be scared about, so it would be better if I spent the night in my own bed rather than beside her on the floor.

I just wish it would stop raining. We’ve spent so much time, so many whole nights, talking about this project: the lack of communication, the financing, the delays… and now it is finally started and the weather is making it just as tenuous and nerve-wracking as everything else (i.e., the pandemic). But there are good things. Nana (mom) is coming to visit at the end of the month, she just told us today; it is good to know at any age that your mom will do what she can to come and see you (and her grandkids). 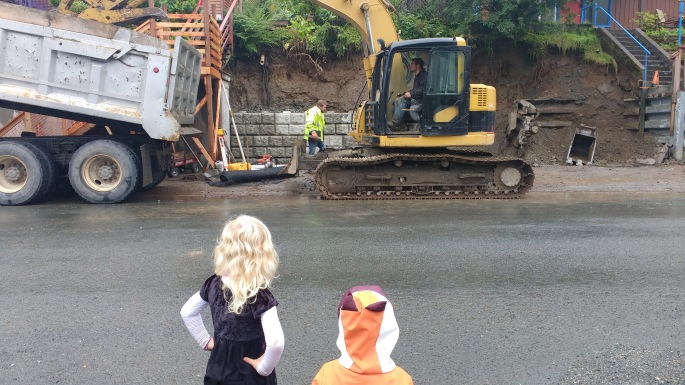 Juneau has received record rainfall this summer, and Imogen talks about flora here with such gusto and vigor even the most uninspired among us pay attention. She even asked me today if I remembered when we used to say, as winter made the long, arduous journey toward spring, it’s getting gre-en, which of course I do remember. And yet, I will thank her for the reminder. Winter turns to spring, even within our worries. There are ghosts, and terrible things that happen, but we needn’t live in fear. 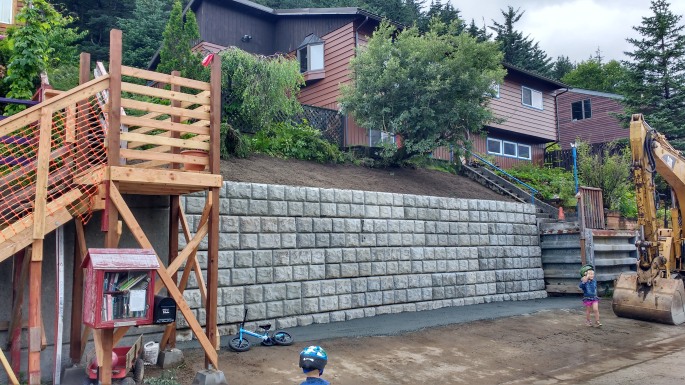